How to Manage Demurrage and Detention to Minimize Supply Chain Disruptions

Lockdowns in Shanghai have now stretched more than six weeks, leaving uncertainty about what further effects the disruptions will have on United States ports and the global supply chain. With tariffs on the rise, it is vital to identify how to manage demurrage and detention fees to minimize what it could cost your business.

While current affairs have caused manufacturing disruptions, port congestion, and delayed supply deliveries, the Port of Los Angeles has not yet seen any major effects yet. There has been no dramatic change in the number of vessels leaving China, as vessel numbers bound for the San Pedro Bay remain “pretty consistent”. The number of ships departing Asia on Friday stood at 46, in line with every other week of 2022 thus far. The Ningbo-Zhousan port director himself is ensuring that Transpacific trade and ocean freight specifically near Southern California with a constant flow of cargo vessels on the container side.

The west coast is fairly stable now, there is a port labor union contract expiring on July 1 that could cause issues. On the east coast of the United States, the pressure is being felt in New York and New Jersey. There may be additional issues to come in other east coast terminals as ships are booked to the east coast to avoid any issues at west coast ports.

While the flow of ocean freight to the west coast remains consistent, shippers worldwide are still being affected by the ongoing lockdowns in China. According to Windward, roughly 20% of the world’s 9,000 container ships are now sitting outside of congested ports. Close to 30% of that backlog is in China, when before the lockdowns that number accounted for only 14.8%. Beyond the port of Shanghai, further disruptions have occurred with restrictions on cross-border trucking and movement through the city that is preventing workers from off-loading and on-boarding shipping containers.

According to Windward, roughly 20% of the world’s 9,000 container ships are now sitting outside of congested ports. Close to 30% of that backlog is in China, when before the lockdowns that number accounted for only 14.8%.

Why do detention and demurrage fees occur?

Some ports charge higher detention and demurrage than others and while location plays a major role, these charges can stack up quickly due to the fee structure. There can be several reasons these fees incur, including customs clearance issues, unforeseen circumstances, delays, and miscommunication.

Fees on the rise

Congestion on the supply chain has led to a massive rise in demurrage fees, with an increase of +104% in 2021. The average demurrage and detention charge after two weeks on a standard container across the world’s 20 largest ports is $720. The Port of Los Angeles and Long Beach announced in October 2021 that they would be implementing a $100 fee for each container left for nine days or more, with an additional $100 per day fee afterwards. These two locations have the highest fee structure of the 20, with an average of $2,638 at Long Beach and $2,593 at Los Angeles after two weeks. While these charges can be negotiated and even waived by carriers, many small and medium sized freight companies are at risk of seeing their businesses erode as they are forced to give up what little margin they make to remain competitive in the market.

An outlook was released for April by a drayage company based on the activity within its container trucking platform for the months of February and March. The results? Shippers paid more than $144M in demurrage fees. While container volume has increased to record highs, truck driver capacity has not matched the growth, and this has also led to an increase in fees. As the March data shows, for all of the containers currently discharged at the Port of Los Angeles more than 41% are incurring demurrage. Drayage carriers have been turned away from picking up loaded imported containers because of unpaid charges… which leads to more delays and charges.

An outlook was released for April by a a drayage company based on the activity within its container trucking platform for the months of February and March. The results? Shippers paid more than $144M in demurrage fees.

Ports argue that the threat of a dwell fee has helped reduce congestion, citing the San Pedro Bay port complex for its 50% reduction in aging cargo since October. Shippers don’t agree that they should be on the hook for these fees as they are not the cause of congestion and are pointing to carriers to take more responsibility.

Change on the horizon

The National Shipper Advisory Committee voted April 27 to recommend to the Federal Maritime Commission (FMC) to adopt a new rule aimed at preventing ocean carriers from passing along demurrage fees. The advisory committee was formed last May, consisting of 24 importers and exporters, and helps to inform the FMC on potential solutions to ocean shipping bottlenecks.

The committee believes that shippers should not be the only ones paying for a problem that many parties have played a hand in creating. They have recommended that the FMC includes intermodal cargo and port terminal dwell fees with demurrage fees, arguing there should be oversight over all parties in a bill of lading.

In January, the FMC met in both open and closed session to address detention and demurrage. The data showed charges were up sharply over 2021, and while the commission expressed concern, it was not an unexpected development give the record volumes of trade and congestion throughout the supply chain, chassis shortages, insufficient warehouse space, and some shippers abandoning cargoes.

The advisory committee’s recommendations come in sync with a new initiative of the FMC to establish data standards and practices to help speed up the flow of cargo. FMC Commissioner Carl Bentzel said that there have been differences in the data carriers provide and some industries are more transparent than others. There have been 16 meetings conducted on data collection and the information collected will be unveiled at the upcoming Maritime Data Summit on June 1.

How to avoid demurrage and detention

Most charges are described in detail on the freight rate sheet, however when it comes to detention and demurrage they are often only mentioned with a short remark. The key to minimizing these fees is to create transparency around them, when shippers are informed about cost, they’ll be able to make business decisions and enter negotiations. Negotiating can be a good tool as per diem charges and fees are ultimately determined in the transportation contract. When it comes to sea freight, it’s best to negotiate before the cargo vessel leaves the port, rather than after the container gets stuck at the destination terminal.

The key to minimizing these fees is to create transparency around them, when shippers are informed about cost, they’ll be able to make business decisions and enter negotiations.

Sometimes the initial plan goes completely wrong, despite best efforts. Always have a plan B by assessing alternative truck rates, other truck services, or even look for available terminals nearby in case cargo needs to be rerouted. Having another option will help to avoid large costs.

Dispatching cargo as early as possible will help to create an efficient shipping schedule. More flexibility and a bigger time frame for unforeseen challenges will be hugely advantageous, as bad weather or backlogs at the port could occur. Do the same with loading times, as even just a small time-buffer can make a huge difference in the occurrence of these fees.

Each port has a different number of free days before demurrage and detention fees incur. For on-terminal use at Long Beach, you can use containers for four days at no cost. Whereas in Busan you can have combined 10 days free for imports, with exports being 5 days combined. Even at the same port but across different shipping lines, the number of free days can vary tremendously.

At the Port of Rotterdam, the total average free time is 7 days. If you choose Yan Ming, you will only have five free days for both import and export, as opposed to COSCO Shipping, who offers 9 free days for import and 13 days of free time for export. Variations between shipping lines’ demurrage and detention fee conditions should be taken in consideration to save on cost.

And finally, build up knowledge of custom clearance processes and port regulations. To further avoid demurrage and detention risks, ensure that the HS code is declared correctly. Not only can an incorrect declaration lead to penalties, but it can also raise suspicion surrounding the activities of the receiver. Delays in customs clearance are very common and there is no fixed time frame as to how long such inspections may take. Different countries experience delays at different levels and have different customs processes, meaning a little preparation can go a long way.

“Partnering with a dray provider that offers a client-specific operations team that provides visibility and manages containers to limit charges can be a huge asset to your business,” says Paul Brashier, Vice President of Drayage & Intermodal at ITS Logistics. “Our team works around the clock, offering industry expertise combined with high-level service to support your business through every step of the drayage process.”

While the future of demurrage is still uncertain until the Federal Maritime Commission comes to a decision, some carriers are already being fined after unfair detention and demurrage charges during the pandemic. This month, the FMC Bureau of Enforcement has requested that Taiwanese carrier Wan Hai be fined $850,000 for fees levied on 21 containers between May 2020 and April 2022. The fine was set after Wan Hai agreed to settle the case rather than have it go to court. Based on similar evidence, Hapag-Lloyd was fined $822,220 in April. Insourcing vs outsourcing: that is the question. With the option to outsource, it can be… 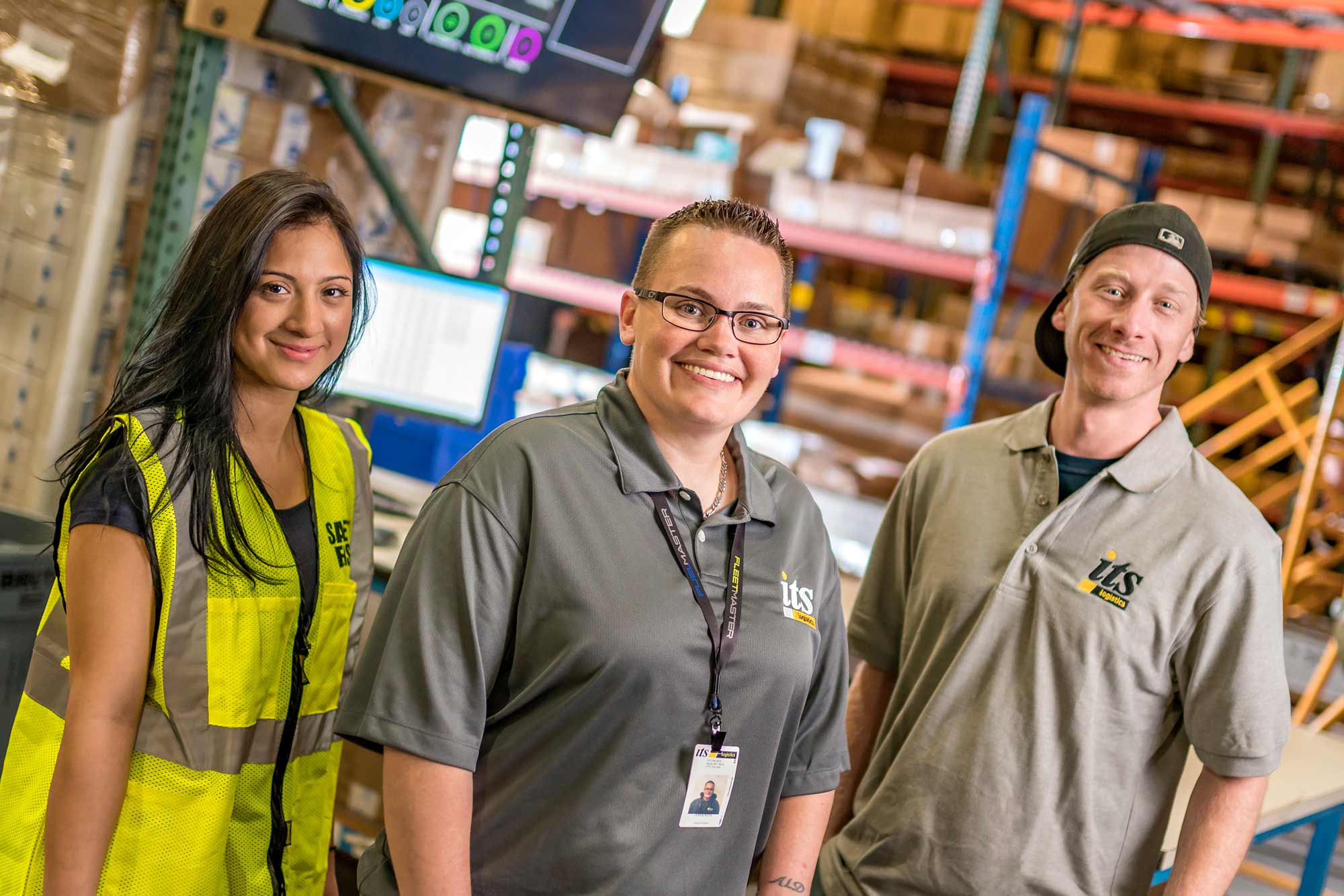